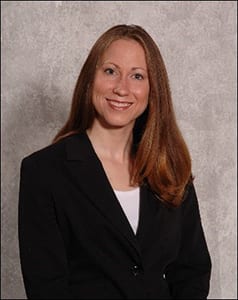 Congratulations to Julie Peschel, Partner at The Carlson Law Firm, who was able to achieve justice for the parents of a three- month-old little boy who ultimately lost the battle of his life following a life-altering brain injury sustained at a local day care. The unspeakable tragedy began for this family on August 30, 2013 after their three-month-old son was fed a bottle, placed in a crib and then left unattended.

By the time the day care worker returned to check on the three-month-old little boy, he had aspirated and stopped breathing. Rescue attempts were too late and tragically, the little boy was left with permanent brain injury as a result of the amount of time that had elapsed without oxygen to his brain. The tragedy continued for this family as the three-month-old suffered numerous surgeries, and was unable to breathe or eat on his own. Sadly, he passed away in 2015 due to complications and illness.

Nothing can restore this family’s hopes and dreams for the

infant they lost way too soon as a result of the senseless negligence of a day care. However, with the help of Attorney Julie Peschel and The Carlson Law Firm, the family will be able to raise awareness about infant brain injury and affect systemic change in the hopes that no other family will have to suffer the same tragic loss.

Advocate Capital, Inc. is honored to support the important work of trial lawyers in the effort to affect change and make the world a safer place for us all by demanding accountability and changing behavior.