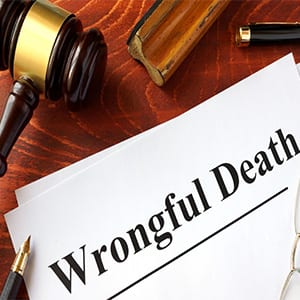 It was a story that made every amusement park goer rethink their summer plans. Last August, a 10-year-old boy climbed aboard a raft at the Schlitterbahn water park in Kansas City, Kansas and ended up losing his life. According to an article in The Legal Examiner, he had been riding the 168-foot Verrückt water slide with two other women when he became airborne on the second hill, hit the slide’s safety net, and fell into the water below. The park says the raft required a minimum combined weight of 400 pounds, and it is unlikely the group reached that limit. As a result, the boy suffered a fatal neck injury, and the women received minor injuries.

In The Legal Examiner’s article, author Mark Bello says this tragedy raised several questions about the lack of amusement park guidelines and whether tort reform would impact the case if the boy’s family decided to sue. As it turns out, regulations for permanent amusement park rides are controlled by each individual state, and Bello says state laws rely on the Department of Labor to adopt rules regarding rides’ certification and inspection. He says inspectors are only required to check rides once a year and when an accident like the one at the Schlitterbahn occurs, but that information is not revealed to the public.

Additionally, Bello says Kansas has the most restrictive caps on court-ordered damages in the U.S. For non-economic damages, Kansas law caps the award at $250,000 for wrongful death cases and $300,000 for personal injury cases. So, if the little boy’s family did sue, proved the park’s negligence and sought those damages, the most they could hope to receive is $250,000 even if the jury awarded them more. Bello says Kansas does not limit economic damages, but he says they would be difficult to recover in this particular case since the 10-year-old did not have a job.

Bello says this tragic incident is a prime example of how tort reform weakens the country’s civil justice system. He says it undermines the rights of individuals to hold wrongdoers accountable for their negligent actions, prioritizes profits over safety, and mocks the seventh amendment. Bello says victims always lose when faced with tort reform and damage caps because they do nothing to prevent injuries or death and ultimately put a wholesale price on their tragedy.

In the end, Bello says the family did file a lawsuit against Schlitterbahn’s park owners and operators and the manufacturers of the raft, and they reached a settlement in January 2017. He says the ride that killed that 10-year-old boy is scheduled to be torn down.