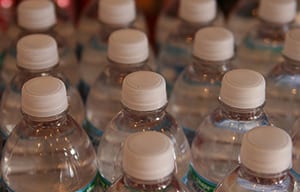 In an article published by The New Republic this week, author Dawn Fallik shares some shocking results from a recent study conducted by the Environmental Protection Agency regarding drinking water supplied by wastewater treatment plants.  In the largest study completed so far, prescription drugs such as hydrocodone for pain, ranitidine for acid reflux and hydrochlorothiazide for congestive heart failure are found in our nation’s water supply.

As the study confirms, these drugs find their way into the water supply when human bodies release them as urine or when outdated drugs are flushed down the toilet.  Samples from 50 large-size wastewater treatment plants were tested for 56 different drugs including other pharmaceuticals such as oxycodone, high-blood pressure medications and over-the-counter drugs like Tylenol.  More than HALF of the samples tested positive for at least 25 of the drugs monitored!

Experts agree that one reason for the higher numbers is better technology that can trace drugs at smaller amounts.   Another factor increasing the numbers is that Americans are taking more prescription drugs than ever.  A study by the Mayo Clinic released in June reports that nearly 70% of Americans take one prescription drug, up from 48% in 2007-2008.

One known example of how the drug-infiltrated water can affect life is that small amounts of estrogen can cause male fish to develop eggs.  What about humans?  Studies are inconclusive to date.  Two environmental groups filed a citizen’s petition asking the FDA for a more thorough evaluation for all new drug applications.  This was denied in February.

The entire study will be published included in the January edition of Environmental Pollution.

To read the entire article in The New Republic, click here.

Perhaps the FDA and EPA will consider working together on this at some point so that all Americans can enjoy safe water.