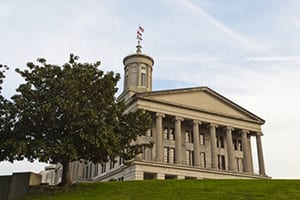 In yet another assault on individual rights and access to the courts, Andrea Zelinski of the Nashville Post reports that the Tennessee House of Representatives has approved a bill (House Bill 1679) that would require a loser-pays rule if a plaintiff sues a state employee as an individual and loses.

According to the bill’s sponsor, Rep. William Lamberth (R-Cottontown), chair of the House Criminal Justice Committee, “This protects state employees in their personal capacity from having to go bankrupt trying to protect themselves personally just because they work for us. I’d rather protect these folks from frivolous lawsuits.”

Opposing legislators argued that, given the recent allegations of sexual harassment against members of the Tennessee General Assembly, the legislation appears to be attempting to scare potential plaintiffs from coming forward. House Democratic Caucus Leader, Rep. Mike Stewart (D-Nashville) said, “I think that the people of the state of Tennessee are going to be surprised. I am surprised today that the attorney general of this state is promoting legislation specifically designed to quash sexual harassment lawsuits and racial discrimination lawsuits during this particular session.”

Since this article posted, The Senate version of this bill was reviewed by the Senate Judiciary Committee and recommended for passage.

The full Nashville Post article can be read here.