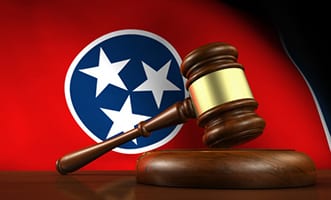 In March of this year, I blogged about the passage of legislation in the Tennessee General Assembly requiring a loser-pays rule if a plaintiff sues a state employee as an individual and loses.

The bill eventually passed both houses and was signed into law by Governor Bill Haslam.

In the wake of recent allegations of sexual misconduct by Representative Jeremy Durham (R-Franklin) (and the possibility of coming lawsuits surrounding the allegations), Representative Bo Mitchell (D-Nashville) is introducing legislation that would repeal the “loser-pays” bill. According to an article by Cari Wade Gervin in the NashvillePost.com, “Mitchell said the Durham report shows that interns were harassed, but the ‘loser-pays’ bill practically ensures none will ever file a lawsuit, as few college students could afford to pay two legal bills if the suit failed.” The article goes on to reveal other concerns Mitchell has with the report – “On page 30, the report details the experience of ‘Jane Doe #24’, a legislative aide who was fired by ‘Rep. Jane Doe #33’ after she reported Durham’s harassment of her, and Mitchell said he’s incredibly concerned by this.”

Mitchell is asking that both the Attorney General, Herbert Slatery, and the Tennessee Bureau of Investigation investigate the matter further to determine if there was any criminal activity and if any further legal action needs to be taken.

Our hope is that justice is done and that the “loser-pays” bill is repealed.