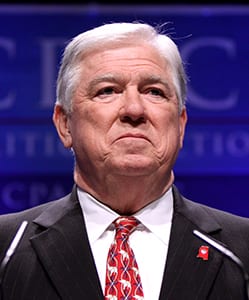 In the 80s and 90s, the state of Mississippi was seen as a haven for those filing lawsuits.  Populist juries in the state were known to side regularly with plaintiffs and award large punitive damages.

However, in 2004, then Governor Haley Barbour led the tort reform charge in the Republican-controlled legislature that made Mississippi one of the first states to cap noneconomic damages and punitive damages.  Governor Barbour and his allies argued that tort reform was needed to ensure that the state could have decent health care – the claim being that doctors and hospitals were “fleeing” the state due to the threat of litigation.  Also, they argued that tort reform was needed to ensure a stable and prosperous business climate.  These are arguments that have been made many times since, but most have never been proven out.

Of course, the plaintiff bar argued (and I agree) that the sole purpose of damages caps are to make litigation issues into actuarial issues – i.e. if a defendant or insurance company knows that their maximum loss is fixed, they know exactly how much they can get away with and still remain profitable.  With these “reforms”, a plaintiff’s right to access the courts and their right to fair compensation is given short shrift in favor of the interests of big business and insurance companies.

A recent article in The Clarion-Ledger (Jackson, MS) gives a good, and relatively fair, overview of this issue.  The article can be read here.