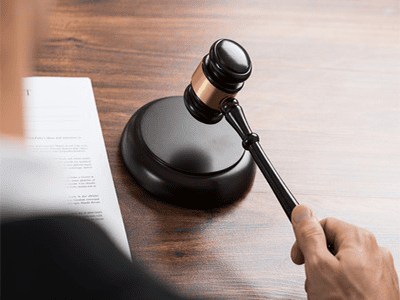 The House passed three tort reform bills in the nation's capital earlier this month. As reported by Kerry Picket of the Daily Caller, Republicans have attempted to pass tort reform since the 1994 Contract with America. Those efforts had been stalled until recently.

The Fairness in Class Action Litigation Act passed 220 to 201, with fourteen Republicans voting against the legislation. Business Insider reports the bill would make it harder for individuals or groups to bring legal claims against companies in consumer disputes, employment discrimination and other areas. The changes in the bill could make it more difficult to bring class-action lawsuits to the federal court.

Supporter and Chairman on the Judiciary Committee, Rep. Bob Goodlatte, R-Va. (who is also the bill’s primary author) said, “The class-action litigation system has morphed into an expensive enterprise where lawyers are often the only winners..”

However, consumer advocates and civil rights advocates say the bill will penalize those who have been abused by corporations and do not have the same means to support what is often a drawn-out trial process.

Veteran consumer advocate Ralph Nader says, “This devastating Republican attack on our federal and civil court will severely restrict the hallowed right of the American people to have their day in court when they are wrongfully injured or defrauded.”

In addition, The Innocent Party Protection Act passed 224 to 194 with 10 Republicans voting against the bill. The Daily Caller reports the legislation would protect individuals from being caught in a “dragnet lawsuit.”

Finally, the House passed the Lawsuit Abuse Reduction Act of 2017, which was passed 230 to 188. The Daily Caller reports the tort reform bill means that if a judge determines someone is a victim of a frivolous lawsuit, the victim must at least be compensated damages related to the cost of the defending a meritless suit. The bill would mandate federal judges to penalize attorneys whose claims are found to be frivolous.

The American Bar Association’s director of the Governmental Affairs Office, Thomas M. Susman wrote a letter to Rep. Bob Goodlatte to express his opposition to the Lawsuit Abuse Reduction Act of 2017, stating three main reasons for concern. Susman quotes the Rule 11 in question was improved in 1993, after a mandatory sanction adopted in 1983 revealed it’s unintended, adverse consequences. He says, “There is simply no proof that the problems with groundless litigation have gotten worse since the 1993 amendments went into effect.”

Susman also states the bill would circumvent the procedures Congress itself has established for amending the Federal Rules of Civil Procedure. Also, the ABA director believes there is no demonstrated evidence the existing Rule 11 is inadequate and needs to be amended.

The next step for the tort bills is the Senate, where many Democrats hope to see the bills stalled.