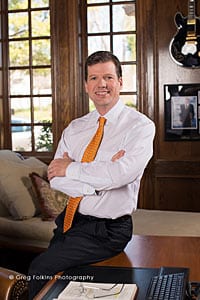 Today we welcome guest blogger James E. Girards.  Jim is the owner and founder of the Girards Law Firm.  Learn about his passion for helping the citizens of Texas in this blog.

Two heroes have emerged in the Texas Legislature this session and they need your help. Here's the backstory: As many of you who read this blog know, the laws that affect property owners in Texas are awful when it comes to protecting your land from large corporations or anyone else who wants to take it to run a pipeline or electrical wires or anything else through it. This firm has been fighting against a multibillion-dollar Canadian oil conglomerate to protect a Collin County, Texas landowner's rights in this kind of situation. The only thing a foreign corporation has to do to take your land is to file a one-page form in Austin and then they are blessed with the right of eminent domain - and then they also own the system that determines how much they will pay for taking it from you. It's the only time you can be dragged into court without even the slightest allegation of wrongdoing - and then be forced to give up or pay a lot of money in lawyer's fees and case expenses for the privilege. Most people simply give up - and the huge corporations who do this count on that.

That can all change with a bill filed by State Senator Lois Kolkhorst from Brenham TX and Rep. Pat Fallon of Little Elm TX. These two heroes have taken on the multi-billion dollar interests that own this system and have called them out in order to protect Texas landowners. And, they need your help to do it because it isn't easy to fight a system like this. The bills they filed [Senate Bill 474 and House Bill 3065] will make the oil companies and multinationals pay the property owners’ attorney fees if they don't pay you a fair price for taking your land. It's that simple to restore fairness in this system. And, my contacts on the "other side" tell me the multinationals are scared to death of these bills and will stop at nothing to kill them - unless you help. Now, you might think I am overstating their fear of these bills. But, believe me, they pay pennies on the dollar for the property they take from landowners because most cannot afford to fight them. If they are forced to "play fairly and pay fairly" they will have to rethink the entire system they have owned for decades. That's where you come in. A good bill dies when no one pays attention. And good legislators don't spend valuable political capital on even the best bill if no one cares enough to support them with phone calls, letters, and emails that they can use in negotiations with other state legislators. When the tangible evidence of popular support is there, they can push hard and get good bills passed. So, here is what you can do: 1) read the bill by clicking here. 2) Call both Senator Kolkhorst and Rep. Fallon's offices and tell the person who answers the phone that you are calling in support of SB474 and HB3065 and urge them to pass them, and 3) call your own state senator and state representative and tell them the same thing. If you don't know who represents you in Austin then click here to find out. Tell them to support Texas landowners and make the huge corporations who take our land to "Play Fairly and Pay Fairly." Here is the contact info for Sen. Kolkhorst and Rep. Fallon: