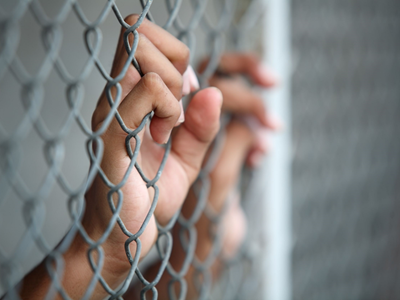 A private Georgia detention center faces backlash after a whistleblower claimed it was conducting a high number of hysterectomies on its immigrant detainees. According to an article on theguardian.com, a complaint was filed by the human rights group Project South. It alleged that a doctor carried out more than 20 procedures over the last six years without the women’s informed consent.

Additionally, an NPR article—transcribed from a conversation on the radio show, All Things Considered—states that the detainees were subject to the hysterectomies by gynecologists while in the custody of Immigration and Customs Enforcement (ICE). It says for these doctors to have made a diagnosis and perform the operation, they needed approval and permission from the ICE facility, a private prison company called LaSalle Corrections.

In addition to the allegations, there are whistleblower claims that the detention center has not protected its female detainees and staff during the coronavirus pandemic. The article says management did not follow social distancing guidelines set by the Centers for Disease Control and Prevention and failed to provide face masks to the facility’s detainees. According to the whistleblower, the women had to make their masks using bedsheets and clothing until donations arrived from a local church.

Now, the claims are being investigated by the Office of Inspector General under the Department of Homeland Security. The Washington Post recently reported that a complaint filed on December 21, 2020, in the U.S. District Court for the Middle District of Georgia cites sworn testimony from at least 35 detainees at Irwin County Detention Center. They say they were subject to nonconsensual and invasive procedures.

Advocate Capital, Inc. fearlessly supports plaintiff attorneys and Public Justice in their fight to be the keys to the courtroom for those that have been injured and have suffered at the hands of negligent parties.

Maria Escamilla, Executive Client Manager, is passionate about the work that plaintiff attorneys do for their clients. This passion stems from the years of experience Ms. Escamilla received working as a law firm administrator and paralegal. Her extensive exposure to the legal system as a court interpreter also allowed her to see firsthand the challenges attorneys face in and outside the courtroom.