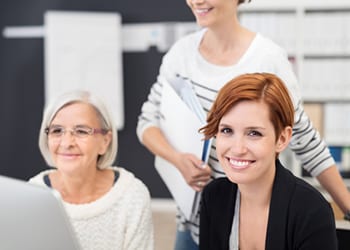 There are many ideas and opinions surrounding women in the workforce. From equal pay to better paid maternity leave, the issue continues to be prevalent in today’s society. However, in an article in The Legal Examiner, John Bair writes instead about the dwindling number of women in the American workforce, and how the country that once led the charge of female workforce participation now ranks 17th among 22 developed nations.

Bair says from the beginning of the 20th century to the early 1990s, the U.S. saw a tremendous increase in the number of women on the job, especially from the 1970s onward. He says the trend hit a plateau in the last two decades as 75% of women between the ages of 25 and 54 are now working or seeking work. Meanwhile, he says 88.6% of the country’s male population in that same age category are working.

According to a study by Strategy&, increasing female employment to match that of males may have powerful economic and global implications. Not only would it increase the U.S. gross domestic product (GDP) by 5%, but Strategy& also estimates that it could raise the GDP in Japan by 9%, the United Arab Emirates’ GDP by 12%, and a whopping 34% hike in GDP in Egypt.

Strategy& researchers also say boosting the number of working women would have an effect on children’s lives as well. They say women are more likely than men to invest their household income in a child’s education: “As those children grow up, their improved status becomes a positive social and economic factor in their society. Thus, even small increases in the opportunities available to women… can lead to dramatic economic and social benefits.”

Bair says the New York Times has also recently reported on the benefits of more female participation in the workforce. The newspaper says women have already contributed to widespread improvements in safety, productivity, and the health of American families.

So what can be done to help the country get back to its once high rate of employed women? Bair says researchers call for more laws and policies that enable more women to work, better rules regarding education requirements and employment after childbirth, and more flexible work schedules.