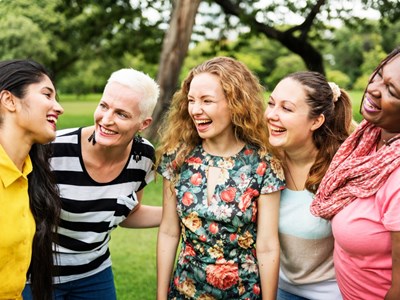 Today, August 26th is Women’s Equality Day, which is a day that was designated in 1971 to commemorate the ratification of the 19th amendment in 1920. The 19th amendment granted women the right to vote.

The 19th amendment was a major step forward in the fight for women’s equality and voting rights for all U.S. people. Some states, however, still excluded minority women from voting for decades longer.

According to the National Women’s History Museum, “In 1971, Representative Bella Abzug (D-NY) introduced a successful bill designating August 26th of each year as Women’s Equality Day. Part of the bill reads that Women’s Equality Day is a symbol of women’s continued fight for equal rights and that the United States commends and supports them. It decreed that the President is authorized and requested to issue a proclamation annually in commemoration of woman suffrage and the 1970 Strike for Equality.”

We recognize the women whose work was vital to the women’s suffrage movement like Mary Church Terrell, Susan B. Anthony, Elizabeth Cady Stanton, Ida B. Wells, Marie Louise Bottineau Baldwin, Sojourner Truth, Frances Ellen Watkins Harper, and so many more.

Women make up 69% of all Advocate Capital associates and more than half of managers and the Executive Leadership Team!

Join us in taking the time today to acknowledge what has been accomplished and the progress that still needs to be made in terms of equality for women. To learn more about Women’s Equality Day, click here to read the article by the National Women’s History Museum.