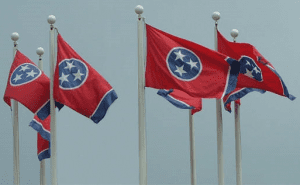 The workers comp reform bill proposed by Governor Haslam in Tennessee is moving quickly through the Republican-controlled General Assembly, according to The Tennessean.  On Tuesday, the legislation breezed through two committees and, unfortunately for the workers of Tennessee, appears to be quickly headed to Gov. Haslam’s desk.

As I’ve mentioned before, this seems to be yet another attempt by big business and insurance companies to restrict individuals’ access to the court system.  Here is what Rep. Mike Turner, D-Old Hickory, had to say - “This bill is the worst bill I’ve seen since I’ve been here, as far as working people goes.  This bill really disturbs me.”

Critics also contend supporters are “railroading” the reform effort through by stifling opposition. They cited the Senate committee’s limit on public comment; the House committee meeting in one of the smallest meeting rooms; and recorded comments made last week by Rep. Jimmy Eldridge, R-Jackson, that the bill would “fly” through the House committee, which he chairs.  Just business as usual in the TN General Assembly.

Opponents did notch one small win Monday: If passed, the measure’s effective date would be delayed six months to July 1, 2014.

The bills now advance to each chamber’s government operations committee.