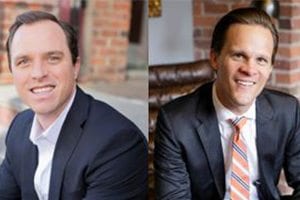 Marc Harden and Kurt Zaner, of Zaner Harden Law, scored a huge win for their client after declining a low settlement offer.

Their plaintiff, a 68-year-old woman, suffered critical injuries after a large work truck struck her in a convenience store parking lot. As she exited her parked car, the defendant driver backed his truck into plaintiff’s car door and then into her. The plaintiff suffered a minimally displaced pelvic fracture, which eventually resulted in urinary incontinence. She underwent painful and invasive physical therapy, but her injuries would ultimately require surgery. Plaintiff had an Interstim device implanted to alleviate her incontinence symptoms. However, she continues to suffer from her injuries and will most likely require future surgeries to replace the device’s batteries and leads. Her past medical expenses were approximately $205,000, and her future medical expenses could range from $300,000 to $500,000 depending on the cost of the future surgeries.

Prior to this injury, the plaintiff enjoyed working as a hospital housekeeper. After the accident, she was unable to continue working due to the severity of her injuries. Her past wage loss was approximately $110,000 with future wage loss of $122,000.00.

The defendant’s insurance company initially offered to settle the claim for $350,000. Zaner Harden Law and their client refused the settlement and proceeded to trial. The defense claimed the plaintiff was negligent for parking too close to the defendant’s truck. They further claimed she should have avoided the truck as their client backed into her car and herself. The Zaner Harden team successfully argued otherwise.  The jury agreed and awarded their plaintiff $1,350,972.00, assessing 90% of the liability to the defendant driver, and 10% of the liability to the employer. The parties have since settled.

Advocate Capital Inc. would like to Congratulate Marc Harden, Kurt Zaner and the entire Zaner Harden Law team on a job well done!