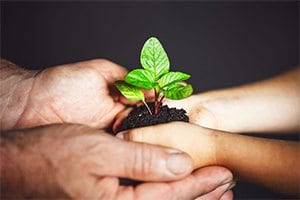 Climate change is no longer just a topic for the “Adult Table,” it’s being openly discussed at the “Kids Table” as well. But these kids aren’t just talking about the climate, they’re defending it in court.

According to the Huffington Post, the Ninth Circuit Court is expected to rule this month on whether Juliana v. United States, a lawsuit filed nearly three years ago on behalf of 21 youth plaintiffs, will proceed to trial. The suit alleges that the government’s affirmative actions have not only produced climate change, but have violated the constitutional rights to life, liberty, and property of the country’s youngest generation (Our Children’s Trust). The suit also claims that the government has violated a public trust doctrine by failing to protect essential natural resources.

Unsurprisingly, the youth’s lawsuit received extreme opposition upon being filed in the Oregon District Court. The Huffington Post says the federal government and the fossil fuel industry both moved to have the case dismissed. Unfortunately, a U.S. district judge denied their motions in November 2016, causing leaders in the fossil fuel industry to back out. The government, however, chose to fight back.

According to the Huffington Post, a petition for “writ of mandamus” was filed by the federal government last June asking the Ninth Circuit’s Court of Appeals to overturn the lower court’s decision to proceed. Government lawyers then went before three Ninth Circuit judges in December of last year, arguing against the youth’s claim of a fundamental right to “a climate system capable of sustaining human life”.

The Huffington Post says the decision from the Ninth Circuit Court is expected soon, but it says it’s likely the court will allow the case to proceed.