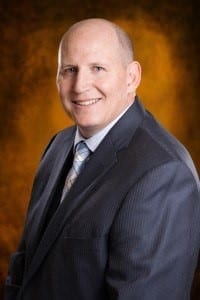 We are pleased to announce that Attorney Ben Cloward of Cloward Hicks & Brasier, our client, has been selected by the Nevada Justice Association to receive the 2016 Co-Trial Lawyer of the Year.

Mr. Cloward will be presented with his well-deserved award at the upcoming Annual Summer Gala to be held at The Grove at SouthCreek in Reno on June 14th and then again at the World Market Center in Las Vegas on June 16th.

Leading up to his nomination, Mr. Cloward successfully obtained a $15,000,000 verdict for a case involving Harvey, a loving 51 year old mildly disabled man, who choked to death on his sandwich while riding on a paratransit bus. The driver of the bus gave Harvey permission to eat his sandwich violating the company’s no drinking or eating policy. Harvey choked to death sitting 4 feet behind the driver while passengers were getting on and off the bus. The driver never checked on Harvey, who was slumped over, unconscious and clinging to life. This violated another paratransit bus policy that required checking on passengers every 5 seconds through the use of mirrors. Harvey died that day.

Mr. Cloward characterizes the victory for Harvey’s family as “my proudest day being a trial lawyer for people.”

Congratulations Ben on your well-earned Co-Trial Lawyer of the Year designation and thank you for fighting for those who can’t fight for themselves.