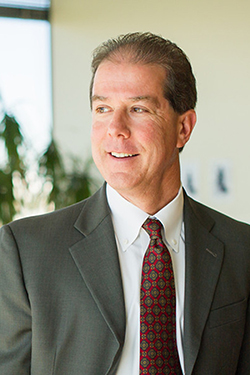 Our friends at The Law Offices of Booth & Koskoff recently achieved what may be the largest settlement in California history on behalf of a single victim of sexual abuse.

The mentally challenged minor Plaintiff found herself in a situation where she was being abused by a live-in boyfriend of the mother. Upon reporting the situation to a trusted teacher, the case was turned over to the local child protective services.

A few months later the CPS team was called to the home again for possible domestic violence. They found the alleged abuser living back in the home and having contact with the minor Plaintiff that was wholly unsupervised by the mother. Again, CPS did not act or remove the minor from the home.

The abuse continued for two (2) years until the minor was found to be pregnant. The child was given up for adoption and the minor Plaintiff was placed in foster care. The psychological damage to the Plaintiff is incalculable.

The challenge for the team at Booth & Koskoff was the fact that the Government Code grants immunity to public entities for discretionary acts, and appellate courts have held that the decision by social workers on removal of a child from his or her parents is entitled to such immunity. The primary basis of the lawsuit became the violation of California’s Child Abuse and Neglect Reporting Act (Penal Code §§ 11164 et seq.), which states in part that certain “mandated reporters” (such as social workers) have a legal duty to report child abuse or even a reasonable suspicion of child abuse. When it was learned that the perpetrator had returned to the home, a reasonable suspicion was that the minor Plaintiff was being abused. Had the suspicion been reported, there would have been an arrest and the abuse would have ended.

The case was settled at mediation for $10MM. The money will provide the minor Plaintiff with the funds to obtain extensive psychological treatment, additional educational resources and provide financial security throughout her life.

Everyone here at Advocate Capital is proud of the work plaintiff attorneys do to fight for justice. Congratulations to Booth & Koskoff on securing a better future for their client.

Rebecca joined Advocate Capital Inc. in 2017 as a Quality Assurance Analyst and advanced to the Executive Client Manager role. Before joining the Advocate family, she worked as a paralegal with various Nashville firms for over eight years. Rebecca’s experience brings a unique blend of legal knowledge and platinum-level service to her new role with AdvoCap Insurance Agency, Inc.