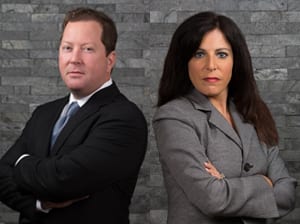 Advocate Capital, Inc. was honored recently to celebrate with Debi and Jason Chalik the enactment of the White-Miskell Act which became law in the State of Florida on October 1, 2014.

Their quest began several years ago while representing the father of Amber May White who was killed in a tragic parasailing accident in 2007.  We, like so many others, were outraged that there were NO laws regulating this popular vacation activity in Florida.  There were no licensing standards, no safety checks on equipment, no weather restrictions . . . nothing.  We began to follow the story with interest and featured it on our blog in August, 2013.

The push for regulation of the parasailing industry grew.  There have been several incidents since Amber White’s fatal accident including the death of Kathleen Miskell whose life was also lost in a parasailing accident in 2012 and for whom the new bill is also named.

The most recent case that catapulted this unregulated industry into the national news was the July 2013 accident in which 2 Indiana teens were seriously injured when their parasail tow line snapped causing the girls to crash into the side of a building in Panama City.  Debi Chalik and their client, Alexis Fairchild, were interviewed by numerous national media outlets which helped gain support for the bill that was sponsored by Senator Maria Sachs.  The Today Show interview was featured in our January 29, 2014 blog.

We should all be thankful for trial lawyers like Debi and Jason Chalik who not only work hard to represent injured persons but actually roll up their sleeves and work tirelessly to establish laws that prevent needless injuries from happening.  Congratulations and thank you!