Little C was a vibrant young man in his 20’s.  Having grown up the son of magazine publishers, he developed a flare for both publishing and art.  He channeled his passion for art toward body art, becoming an up and coming tattooist.  He combined his interest in journalism and motorcycles to publish a small magazine for motorcycle enthusiasts.  Life was on the upswing for this vibrant young man until the day of his horrific accident.

Little C was test driving a custom motorcycle on Ocean Blvd., traveling in the middle lane behind an oil tanker.  As the oil tanker moved to the left (appearing to be changing into the #1 lane), Little C moved into the curb lane and started to pass the tanker truck.  Suddenly the tanker which had swung wide, abruptly turned right, directly in front of Little C, causing Little C to crash into the body of the tanker, causing fractures of his leg (he’ll never walk right again), his face and a concussion.

Unfortunately, the investigating police officer simply assumed the accident was Little C’s fault for “passing on the right”.  Rather than focusing on what really happened, the officer saw that Little C was tatted up, not wearing a DOT helmet and did not have a front brake on his custom bike, and so assumed he was a bad guy and must have caused the accident.

Unable to work, in horrific pain and going broke, this once vibrant young man was in trouble.

The first lawyers who looked at his case couldn’t get past the police report and said there was nothing they could do for him.  Matthew B.F. Biren of Biren Law Group initially reacted in the same way.  However, because he knew from experience that police can get the story wrong, Attorney Matthew B.F. Biren took the time to talk more with Little C and was impressed with him as a person.  He also talked with Little C’s mother and was equally impressed with her.  Because these folks seemed so honest and desperate, he began analyzing the facts a little more carefully.   The more he looked, the more the officer’s conclusions looked suspect.

Through diligent and creative investigative work, litigation discovery and utilization of experts the truth began to surface.  Witnesses, German tourists who were noted as having also been behind the tanker, were found and testified in trial that the truck indeed was moving to the left and that there was an open lane to the right.  Expert accident reconstructionist proved that the path of the truck was inconsistent with the police report conclusions, but rather proved that the truck had swung wide and turned directly in front of Little C, just as Little C had reported. 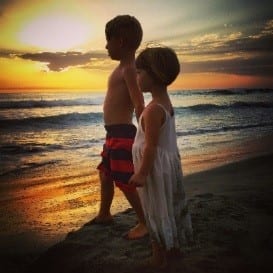 The defendant was unwilling to settle so the case proceeded to trial in Vista County where the jury returned a $3.5 million verdict in Little C’s favor.  The jury’s verdict enabled Little C to have the best possible chance for recovery and although the injuries were permanent, the justice Matthew Biren was able to achieve on his behalf enabled this once vibrant young man to move forward building a successful life.   Little C married, had two children and opened his own tattoo shop, Little C’s Tattoo Parlor, where he now does high end tattoos and promotes the arts.

The path could’ve been quite different for this victim without the help of Matthew Biren, whose experience and instincts compelled him to look beyond the initial police report and to spend the necessary time and resources getting to the truth.

Advocate Capital, Inc. is honored to support experienced trial lawyers like Matthew B.F. Biren throughout the U.S. who are willing to risk the time and resources to make the difference!