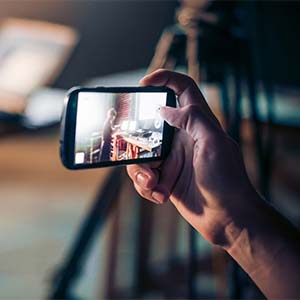 If you have a Facebook page but haven’t tried using Facebook Live yet, you could be letting a valuable marketing tool go to waste. Think about it: Facebook Live allows users, businesses, and yes, law firms to present streaming news and information to thousands of people… without having to go through any other source.

In an article in Above the Law, Kevin O’Keefe says that “Live” broadcasts also easily trump the traditional video broadcast: television. He says all the work that goes into getting yourself a little onscreen time (hiring public relations professionals, connecting with network or local reporters, looking for an opportunity to present an evergreen story or message) is unnecessary when you could simply go live to a target audience on Facebook. He says in reality, your hard-pressed TV spot may not even be seen, and you would have wasted all that time and money.

Additionally, O’Keefe says that Facebook creator, Mark Zuckerberg is promoting Facebook Live more than any other service on the social media site. Every few weeks a new update or feature for the tool pops up. For instance, if you post a Facebook Live video right now, it will not only appear at the top of the site’s mobile app, but it will also be displayed as an easily accessible video icon at the bottom of the screen.

O’Keefe says for lawyers that want to reach a target or niche audience, Facebook Live is a huge market of potential. Streaming videos allows you to engage with people who then like, comment, and share those videos with others. O’Keefe says Facebook Live is not only a seamless service, but it is where the world is headed, and law firms would be well served to head in that same direction.