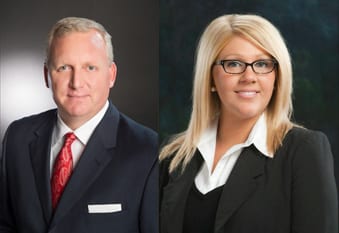 Congratulations to our friends and colleagues at Harper, Evans, Wade & Netemeyer on this recent settlement in a motor vehicle case for which the insurance company initially denied all liability.

This case sprang from an automobile accident in Boone County, Missouri. The injured Plaintiffs were not at fault in the accident. The Defendant attempted to make a left turn from the southbound lane, crossing the centerline. The female Plaintiff driver swerved in an attempt to avoid the impending collision at the same time the Defendant re-corrected his vehicle.

We see and hear every day that we are “in good hands” and that insurance companies are “on our side.” Clearly, that is not the case and thanks to the tireless work of trial lawyers like Ron Netemeyer and Jill Elsbury, injured citizens can obtain the justice they deserve. Thank you from everyone here at Advocate Capital, Inc. and congrats again on a job well done!