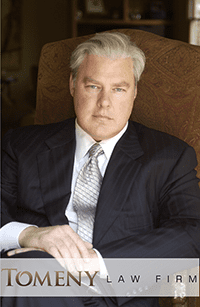 The Louisiana Supreme Court recently issued a decision that will have national implications on how insurance companies defend bad faith claims.  Advocate Capital’s friend and client, Frank Tomeny III of Tomeny Law Firm APLC was instrumental in bringing the issue before the Louisiana Supreme Court. Tomeny successfully argued that an insurer can be found liable for bad faith for failing to settle a claim even if it never received a firm settlement offer.

Frank represented his client in a claim against the defendant, and the defendant’s insurer, State Farm.  Mr. Tomeny recommended settlement for the entire policy limit, which State Farm ignored for months.  After plaintiff obtained an excess judgment, the defendant assigned his bad faith claim against State Farm to plaintiff.  The bad faith matter was removed to Federal Court and subsequently appealed to the US Fifth Circuit Court. The Fifth Circuit certified two questions to the Louisiana Supreme Court. The Louisiana Supreme Court agreed to answer the certified questions, and after oral argument, unanimously held:

1)       “an insurer can be found liable for a bad-faith failure-to-settle claim under La. R. S. 22:1973(A), notwithstanding that the insurer never received a firm settlement offer and

2)       an insurer can be held liable under La. R. S. 22:1973(B)(1) for misrepresenting or failing to disclose facts that are not related to the insurance policy’s coverage; the statute prohibits the misrepresentation of “pertinent facts”, without restriction to facts “relating to any coverages.”

This clearly establishes all Louisiana insurers owe an affirmative duty to adjust claims fairly and promptly and to make reasonable effort to settle claims with the insured or the claimant and must not engage is misrepresentation of pertinent facts.  We hope this decision will be a wake up call to State Farm and all insurers who do not fairly and promptly make reasonable efforts to adjust claims fairly and end the practice of withholding the policy limits from third party claimants.

Congratulations to Frank Tomeny and his team at Tomeny Law Firm APLC!  Advocate Capital, Inc. is proud to support the important work done by trial lawyers like Frank Tomeny.