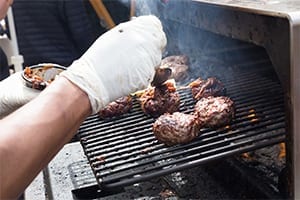 A West Charlotte Hardee’s is now being faced with a class action lawsuit after thousands of people were potentially exposed to Hepatitis A last month. According to Rachel Lundberg, with WCNC, the lawsuit filed will include all the potentially affected customers to help cover damages.

Public Health Director Gibbie Harris says that the outbreak was traced back to a Hardee’s employee who was diagnosed with Hepatitis A earlier last month. Customers who at the Hardee’s restaurant on Little Rock Road in Charlotte between June 13 and 23 are strongly advised to get the vaccination as soon as possible.

Bret Dressler, who is one of the attorneys on this case, believes that all affected will be notified within the next few months. "Part of what these lawsuits are about is trying to raise a higher level of awareness about hep a and the risk it carries inside the restaurant business," Dressler said.

Public Health vaccination clinics were held for any of the potentially exposed people who met the high risk-factors.

For more on this class action lawsuit click here.