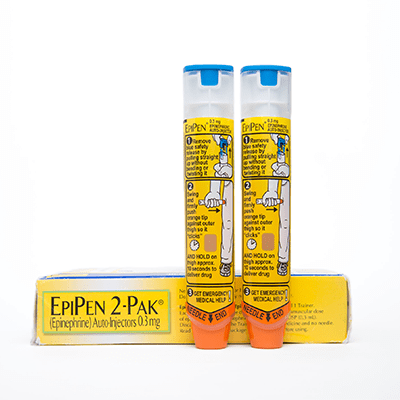 Mylan Pharmaceuticals has voluntarily recalled the EpiPen and EpiPen Jr auto-injectors due to a potential defect.  The recall effects 80,000+ pens and comes after reports surfaced the pens could malfunction when activated in an emergency.

According to the Clinical Advisor, the company news release read:

The incidence of the defect is extremely rare. Testing and analysis across the potentially impacted lots has not identified any units with a defect.  However, the recall is being expanded to include additional lots as a precautionary measure out of an abundance of caution. The recall impacts the 0.3 mg and 0.15 mg strengths of EpiPen Auto-Injector. None of the recalled lots include the authorized generic for EpiPen Auto-Injector.

The maker of the pen, Meridian Medical Technologies, a Pfizer company, issued the recall of pens in late March for eight countries, but the recall did not include the US. However, Mylan Pharmaceuticals recently extended the recall to include the US. For More information on the recalled lots, visit https://www.mylan.com/EpiPenRecall. The affected pens are being replaced free of charge. However, Mylan warns those with affected pens need to keep the pen until they receive a replacement.

Advocate Capital, Inc. has previously blogged about the Mylan Pharmaceuticals EpiPen. The estimated cost of the voluntary recall is 3% of Mylan’s annual sales, approximately $21 million. We are encouraged by Mylan’s voluntary recall, and we support the work done by trial attorneys across the U.S. as they fight to hold corporations, including big pharma companies accountable.