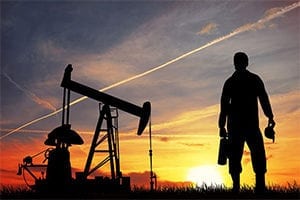 Working in the oil and gas industry may be the most dangerous job to take on. New data from Energy and Environment News (E&E News) shows that the workers in this field suffer from one of the highest rates of severe injuries in the United States. According to an article on The Legal Examiner, the injury rate is even worse by some measures… sometimes pegged as the highest.

The article’s Eric Chaffin says the oil and gas industry produces several types of severe injuries, some of which are broken bones due to falls and loss of limbs due to major burns. The most common injury in the Energy and Environment News report, however, was amputation and mostly included fingers and fingertips. Chaffin says leg fractures are also very common, as are struck-by injuries and burns caused by fires and explosions.

The Occupational Safety and Health Administration (OSHA) says the results of the E&E News oil and gas report are not surprising but yet consistent with the industry’s unacceptably high fatality rate. According to the U.S. Bureau of Labor Statistics, 716 fatalities occurred in the oil and gas industry between 2003 and 2009, which was seven times higher than any other U.S. industry during that period.

Chaffin says companies are required to provide their employees with proper safety equipment and training to avoid severe injuries and deaths, and those that fail to do so may be held liable for the consequences. The Industrial Safety and Hygiene News also emphasizes this employer obligation, saying that senior leadership in oil and gas industry companies must be committed and actively involved in the safety culture of their workers.