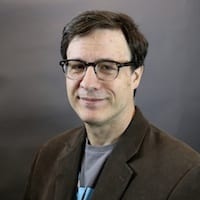 Advocate Capital, Inc. congratulates F. Paul Bland, Jr., the newly named Executive Director of the Public Justice Foundation.   Attorney Bland was unanimously appointed by the Board of Directors to succeed Arthur H. Bryant who held the position for the past 27 years. Mr. Bryant was named Chairman of Public Justice and elected an ex-officio member of the Board of Directors.

Paul Bland has been an attorney at Public Justice for over 17 years and is a strong consumer advocate and prominent litigator. Described as a “true superstar” by Arthur Bryant, Attorney Bland’s passion to fight injustice will be a driving force behind the organization’s continued growth.

Advocate Capital, Inc. proudly supports the work of the Public Justice Foundation and looks forward to the bright future under this new leadership.