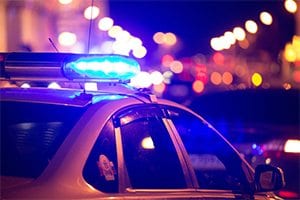 49-year-old Elaine Herzberg was tragically struck and killed by a self-driving Uber in Arizona earlier this week. Following the crash, Uber has reportedly grounded its fleet of self-driving vehicles, and police are investigating the fatal car crash as reported by the Tribune-Review.

This is the first reported pedestrian killed by a self-driving car.

Police say the crash happened around 10 pm on Sunday night in Tempe Arizona. As the Uber SUV was driving, the woman crossed the road from its left. The Uber SUV was in autonomous mode at the time of the crash, and a person was behind the wheel as a back-up driver.

California personal injury attorney and American Association for Justice president-elect Elise Sanguinetti told reporters that she hopes the Arizona woman’s death will slow down the development and widespread deployment of self-driving cars.

"We're moving so fast on this trying to get this technology on the road," said Sanguinetti, "I think everybody needs to look at this crash and be thinking we need to put safety first."

TribLive reports the crash could open up legal questions for Uber and other companies pursuing self-driving cars.

Sanguientti says Uber and police will be able to review the cameras and sensors aboard the self-driving vehicle. She hopes Uber makes that data available to the public.

To learn more about the crash, click here to read the TribLive article.