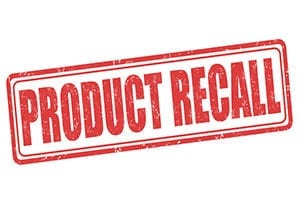 According to the Consumer Product Safety Commission (CPSC), Target has pulled nearly 180,000 of its “Room Essentials 4-Drawer Dressers” off store shelves after finding out the item can tip over, trap, and even kill children.

The CPSC says the recalled dressers were sold both on Target.com and in stores nationwide between January 2013 and April 2016. About 3,000 of the recalled dressers were also sold to customers in Canada. Since then, the commission has received a dozen reports of the item tipping and collapsing, one incident even involving two three-year-old children. Fortunately, no injuries have been reported.

The CPSC says customers who bought the “Room Essentials 4-Drawer Dresser” in any color (Black, Espresso, or Maple) should stop using the dresser if it is not secured to the wall. Customers can also return the recalled dresser to Target for a full refund.

A similar issue reported by the CPSC in 2015 forced Ikea to recall one of its popular line of dressers, the “Malm”. The furniture retailer pulled 27 million of the dressers and chests after finding out one tipped over and killed two children.