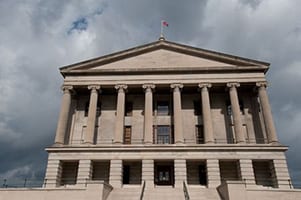 We have extolled the pitfalls of so-called “tort reform” many times in this space, but now it appears as if the Tennessee General Assembly wants to take the cap on non-economic damages (such as pain and suffering) for med mal cases to another level.

According to a recent op-ed in The Tennessean by Lawrence R. Schlachter (who, by the way, is a board-certified neurosurgeon-turned-medical malpractice lawyer), legislators are proposing an amendment to the state constitution imposing the cap. Tennessee already has a statute on the books to this effect, but legislators are fearful that the state’s Supreme Court might strike down the 2011 law that capped jury awards in med mal cases. The proposed constitutional amendment would explicitly give the General Assembly the authority to set the caps.

Per Dr. Schlachter, “That’s a lot of trouble to go through to protect a special interest, given how long and arduous the process is for amending the Volunteer State constitution.” He goes on to say, “But why should Tennessee lawmakers vote to clutter up the state’s constitution – which dates back to 1870 – with special interest amendments, unless of course they’re beholden to donors whose interests would be protected by said amendment? The answer is: They shouldn’t.”