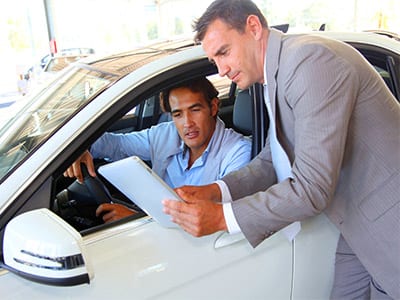 Buying used cars is notoriously tricky, and often times people searching for dependable pre-owned vehicles will look for the certified pre-owned (CPO) sticker. The certification indicates a vehicle has been inspected and vouched for by a mechanic. As covered in a previous blog, the customer trust in certified cars has prompted several public interest groups to file a lawsuit against the Federal Trade Commission over the legality of selling certified vehicles that have unrepaired recalls.

The New York Times reports that while consumer advocates are concerned manufacturers will start to sell certified vehicles with open recalls, every major car company except one has said they would not allow their dealers to sell the vehicles. The major manufacturer to break rank was Ford Motor Company, who recently decided to change their policies to allow its dealers to sell recalled vehicles and certify them as well. Ford has told its dealers that they must not advertise the open recall cars as “safe” and the dealers must require buyers to sign forms to acknowledge they are aware of the recalls. Once the recalled parts arrive, dealerships must contact buyers to schedule a replacement.

When Sara Tatchio, Ford spokeswoman, was asked if the company believed there was no competitive advantage to be gained from fixing all recalled cars before selling them, she said, "It’s very difficult to answer that, we absolutely put safety first and fix everything we can.”  Used car sellers CarMax and AutoNation have both decided to sell cars with open recalls and full disclosure as well.

The New York Times reports the move to sell cars with open recalls comes after the massive Takata airbag recall (which affected nearly 60 million airbags) and the FTC’s settlement.  The current used-car market has become more confusing than ever and dealers have found it impossible to fix all vehicles at once due to a lack of replacement parts. While the airbags that are most harmful are “first in line” for repair, other existing recalls may extend on for years.

Experts suggest researching car recalls before purchasing a vehicle. For more information about recalls and how to get notices if a vehicle has a recall, register your vehicle with your car manufacturer and the National Highway Traffic Safety Administration.