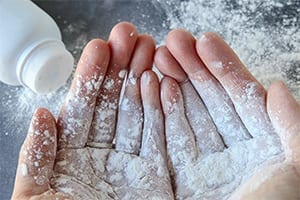 The 22 women who successfully won the lawsuit claiming Johnson & Johnson’s baby powder caused their cancers say “Justice has been served.” Reuters reports the women were awarded $4.69 billion in damages by a St. Louis jury on July 12.

The jury concluded J&J’s talc-based products contained asbestos, causing the 22 women to develop ovarian cancer. 6 of the women have died.

Reuters reports J&J Chief Executive Alex Gorsky said that the jury decision will be overturned in an appeal, because the case was based on flawed science and that it should not have been heard in Missouri because many of the defendants were from out-of-state.

However, 62-year-old Toni Roberts told Reuters that “Justice has been served” regardless of the ultimate outcome. “We have made a difference. We have alerted the public,” said Roberts. She was diagnosed with ovarian cancer in 2014.

Read more about the case on Reuters.