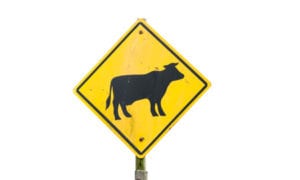 The victory comes after Tunnell barely survived a fiery crash in Amarillo, Texas back in 2011. According to the city’s ABC 7 news station, he had been riding in the passenger seat of a truck when it hit a cow standing in the road and flipped eight times.

In an interview with ABC 7 Amarillo, Boyd said “The truck was on fire and but for the fact that his son was able to pull him from the wreckage along with another passerby, Bobby would have burned to death.”

Tunnell suffered severe head injuries as well as the inability to use his right arm.

Now, more than five and half years later, Tunnell has been awarded a sum of $8.9 million dollars to go toward past and future medical bills, loss of wages, and pain and suffering; while the owner of the cow has been found negligent. Boyd told ABC 7 Amarillo that this wasn’t the first wreck one of his cows had caused: “He knew his cows were getting out and he didn’t take care of it.”

You can read more about the case by clicking here.

Advocate Capital is proud to partner and support plaintiff trial lawyers like Dean Boyd. He and his firm fight for justice and do everything in their power to protect our seventh amendment rights. Boyd has extensive knowledge in personal injury, workplace injury and wrongful death cases and represented injured people and their families in the Texas Panhandle for more than 25 years.